Today, Oct. 30, is the deadline for hotel room discounts to attend the mock trial of accused JFK assassin Lee Harvey Oswald in Houston Nov. 16 to 17, along with a congruent banquet featuring famed actor and author Alec Baldwin on the first evening.

CAPA has arranged special pricing of $179 per night at the Houston Marriott Medical Center/Museum District, which was one of the closest hotels available to the mock trial’s venue at the South Texas School of Law, Houston. The law school is the co-sponsor of the events along with CAPA (Citizens Against Political Assassinations).

Hotel registration here, with further details below to obtain the discount:

Those dubious if not outright false claims have been reinvigorated this year, especially during the last week by non-scientists featured on innumerable television commentaries regarding the released mandated by Congress under the 1992 JFK Act of suppressed documents pertaining to the assassination.

The Assassination Records Review Board (ARRC) prioritized document release during the 1990s, and established a 25-year deadline for final release that expired Oct. 26.

But President Trump extended that deadline for most remaining documents for up to 180 days, as reported last week in Trump Backs Off Promise To Release All Suppressed JFK Documents Today; Permits Partial Release.

That Justice Integrity Project news report, excerpted on CAPA’s news site, contains an appendix of many news reports and commentaries since last week about the document releases. It began “In a chaotic chapter of government efforts to suppress research into the evidence regarding President Kennedy’s 1963 assassination, President Trump on Oct. 26 suddenly backed away from his promises this week to comply with a 1992 Congressional law and release all remaining documents related to the assassination.”

In previous reports, CAPA has covered that much-anticipated release of JFK assassination documents, as well as news of the mock trial, including the its agenda and today’s hotel deadline.

But registrants can obtain large savings via the discount, thus prompting this reminder. The room rate is reputed to be more than $100 night additionally without the CAPA discount, which CAPA has negotiated to extend from Nov. 15 (the eve of the mock trial) through the evening of Nov. 17 (the evening after the expected jury verdict). Hotel availability in downtown Houston is extremely scarce during that period because of other major events.

To recap our previous reports: The courtroom drama that never had a chance to occur will now be held live, featuring world-renowned J.F.K assassination experts. 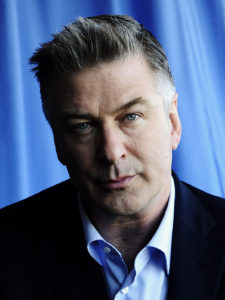 During a special evening dinner requiring additional registration, the TV, stage and screen star Baldwin will speak and sign copies of new autobiography, Nevertheless, as we reported here last June.

Details of the trial are here:

To obtain promo codes for registration as CAPA member contact Glenda at visionsoffrance (at) cox.net.

To register with promo code enter the code on the registration page. The discounted price will show up at the bottom of the billing page.

The courtroom drama that never had a chance to occur will now be held live. It features world-renowned J.F.K assassination experts with expertise in forensic study of medical and other scientific  factors related to the assassination. These are precisely the kinds of experts that the corporate controlled media have large ignored during coverage of the JFK document release since Oct. 26. Instead, the media have for the most presented advocates for the notorious Warren Commission report blaming Oswald as a deranged lone assassin.

During an evening break in the mock trial, Baldwin will speak more generally about his experiences, including his focus on civic concerns and as reflected in his new memoir.

Since 1980, Baldwin (shown in a recent Cannes Film Festival photoshoot) has appeared in numerous productions on stage, in films and on television. He has received a Tony nomination (A Streetcar Named Desire, 1992) an Oscar nomination (The Cooler, 2004) and has won two Emmy awards, three Golden Globes and seven consecutive Screen Actors Guild Awards as Best Actor in a Comedy Series for his role on NBC-TV’s 30 Rock. He has been a regular host and guest star on Saturday Night Live. In 2016, Baldwin hosted a summer package of episodes of The Match Game, the classic television game show, on ABC. Additionally, this spring he began hosting The Essentials‘ on Saturday evenings on Turner Classic Movies.