The 100th birthday anniversary of President John F. Kennedy on May 29 prompted many memorials about the late president’s enduring popularity, the continuing controversies over his murder, and at least one prominent display of mockery of him by a big newspaper. 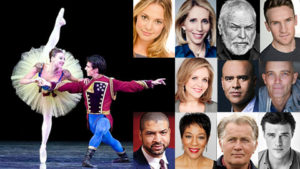 The mass media and major cultural institutions focused heavily on JFK’s achievements, agenda, family, and legacy for politics, the arts and foreign affairs.

But some Kennedy supporters stressed also the uncomfortable reminder that the search for truth about his death continues. Polls show that most Americans do not believe the official accounts of his death, particularly the central claim in the 1964 Warren Report that Lee Harvey Oswald acted alone to kill the president by firing three shots during the president’s 1963 motorcade in Dallas.

Beyond that, a Washington Post feature story, JFK’s last birthday: Gifts, champagne and wandering hands on the presidential yacht, timed for the late president’s birthday mocked Kennedy and his friends for their behavior on his last birthday.

This column surveys these developments and previews an important forum June 3 in Virginia, The National Security State and JFK.

This editor is attending that program, and also participated as an investigative historian in several of the other events noted above during the past week regarding the JFK memorial, as described below.

My reporting on both historical and current affairs issues has led me to look on the Kennedy assassination as a Rosetta Stone for clues to interpret murky news events that lack so much documentation as the some four million declassified documents and 2,500 books pertaining to the Kennedy assassination. To advance this work, I am a volunteer board member and web administrator for Citizens Against Political Assassinations (CAPA), which seeks more disclosures on the Kennedy and other suspicious deaths.

To that end, I post on the CAPA website relevant news articles and announcements of events, new books and films. Recent highlights are posted also below in an appendix.

Regarding events, I attended a vigil for assassination truth-seekers organized by retired U.S. Customs Service special agent Karl Golovin at noon on May 29 on the north terrace of the Kennedy Center for the Performing Arts in Washington, DC.

Among the attendees was Dallas-area resident Robert Groden, an author and whistleblower who is revered among research circles for releasing to ABC-TV host Geraldo Rivera a purloined copy of the amateur film of the assassination taken by Abraham Zapruder and later sold to Time-Life, Inc. The magazine company, however, suppressed the film for the most part by using only selected still shots and refusing to show the entire film.

Time-Life management, both via chairman Henry Luce, and via Life Publisher Charles C.D. Jackson, were heavily involved in Cold War propaganda, as we reported in our April column Time Magazine, History Channel Ramp Up Oswald-JFK Fake News, which reported on continued propaganda-style coverage of the Kennedy assassination by both Time Magazine and History Channel.

Broadcast of the film for the first time allowed the public to see, in effect, that the president apparently was propelled backward by gunfire, and not forward as authorities and most other commentators maintained in order to support the findings of the Warren Report that Oswald acted alone and fired from behind the president.

After the vigil we attended an inspiring 4 p.m. tribute at the JFK Center as guests of Golovin, who purchased tickets to encourage participation at the vigil and to support the center’s programs. The program included a powerful mix of rhetorical and film remembrances, along with dance and musical interludes in recognition of the Kennedy’s support for the arts.

Striking also were some of the newspaper treatments of Kennedy’s birthday, including the two published by the local Washington Post in its print edition of May 29, which was both the president’s birthday and also the national holiday Memorial Day.

Syndicated Post columnist E.J. Dionne published an eloquent opinion column JFK, the forever-young president, 100 years on. CAPA member Glenda De Vaney read it reprinted in her hometown San Diego Union-Tribune, and followed up with a letter to the editor praising the column while also noting the unanswered questions about JFK’s murder.

I, too, appreciated Dionne’s treatment. But it was the aforementioned news column JFK’s last birthday: Gifts, champagne and wandering hands on the presidential yacht that prompted me to write a reader’s comment, which protested to the Post the sneering tone adopted by its reporter Ira Shapira and his editors.

That tone was unseemly in describing a wounded World War II hero like JFK on Memorial Day, particularly in the newspaper’s only news story about him that day. That article is excerpted below along with my response, which was published about 1:30 p.m. along with several other reader reactions shortly afterward.

Our larger purpose in chronicling these events is to underscore how each of us can both observe these kinds of historical events but also  try to determine the facts and seek accountability from media surrogates who are supposed to be doing the same.

This column is reprinted from the Justice Integrity Project. An appendix showing excerpts from relevant articles and event announcements is available via a link to the original column here.