It is very disturbing that the JFK Act — the law of the land — is not being enforced today, a fact that should make it relevant to everyone.

When Warren Commission chairman Earl Warren (shown below right) was asked if the secret records on the assassination would be released to the public he replied, “Yes, but not in your lifetime.”

And now it may not be in ours, as a lot of people, many of whom are not alive today, worked very hard to get the JFK Act passed by Congress and reluctantly signed by President George Herbert Walker Bush on October 26, 1992.

The law prescribed that all of the government records on the assassination of President Kennedy be released in full to the public by October 26, 2017, twenty-five years to the day Bush signed it into law.

When he signed it however, Bush added a rider to the law that provided the President — and only the President, with the authority to continue withholding certain records beyond the October 26, 2017 date on the grounds of national security, where their release would harm American interests.

There are also a number of assassination records that fall into specific categories that are exempt from the JFK Act provisions — over 500 records are being withheld in full under sections 10 and 11, special “deeds of gift” and grand jury records, as well as IRS tax records.

The “deeds of gift” records are those that have been donated to the National Archives and stored in the JFK collection but are restricted by the donor, and these records include William Manchester’s notes and papers he used to write his book The Death of the President, and individual oral history recordings and transcripts such as Jackie Kennedy’s memories and beliefs, that are restricted by the Kennedy family.

The IRS laws take precedence over the JFK Act, so individual tax records are totally exempt, though Marina Oswald reportedly agreed to allow her family’s tax records be released, and the very first document I read from among those recently released in the October 2018 batch is a good example.

In reading the House Select Committee on Assassinations (HSCA) report on an interview with former Louisiana State policeman Francis Fruge, a single social security number was redacted, and one that is not important. The rest of the document is extremely significant however, as it confirms most of the facts concerning Rose Cheramie, the women whose story is told in the opening scenes of Oliver Stone’s film JFK.

Found unconscious on the side of the road outside the Silver Slipper saloon in rural Louisiana, Cheramie (shown at left) told officer Fruge, who drove her to the hospital, that she was with two Cubans on their way to Dallas to kill Kennedy and do a drug deal when she was thrown out of the car.

After JFK was killed a few days later, Fruge re-interviewed her, got the details of the drug deal, all of which he confirmed, and showed her mug shots of some Cubans and she picked out Sergio Aracha Smith, a New Orleans Cuban who came into play in the Garrison investigation. 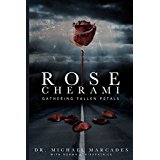 The owner of the Silver Slipper saloon, a roadhouse bar, also confirmed that Sergio Aracha Smith was a customer who was in the night Cheramie was there. Cheramie was later found dead, on the side of the road, run over by a car, another suspicious death. (Her only son, Dr. Michael Marcados, co-authored in 2016 a well-reviewed ebook biography “Rose Cherami: Gathering Fallen Petals“).

While I had seen a redacted version of the same HSCA report, this one was only missing the social security number.

And as I perused other documents in this 2018 batch — what the Archives calls “The Final Release,” though more are expected by October 2021, I found that every document I reviewed was significant, and I will be going over them in detail in a later report.

There was a Dallas grand jury convened to indict Oswald for the murder of JFK, but instead indicted Jack Ruby for the murder of Oswald. The Dallas jury reportedly included the first women, as grand juries were traditionally only men. One of the grand jurors was Ruth Collins Sharp Altshuler (1924 – December 8, 2017), an American philanthropist living in Dallas, Texas whose wealthy and otherwise prominent family included a brother who was a long-serving Republican congressman representing North Dallas. She also ran the JFK 50th anniversary service at Dealey Plaza that used a ticketing system for attendees that gave preference to Warren Report supporters and excluded the general public —  and John Judge and other COPA people  who had been conducting an annual moment of silence on the death anniversary for years.

Then there was the New Orleans grand jury, the records of which were ordered destroyed by New Orleans District Attorney Harry Connick, Sr. (shown in a file photo from his singing career), who took over after Jim Garrison left that office.

But the guy Connick told to destroy them recognized their historical significance and kept them secure until after the passage of the JFK Act, and then turned them over to the Assassination Records Review Board (ARRB), that declared them JFK records and included them in the JFK Collection at the Archives, over the protests of Connick.

The National Archives and Records Administration (NARA) says that there are over 500 such records being withheld in full that fall into these categories exempt from the JFK Act, they also note that a federal judge can rule to have them released, if someone will make a case for it.

The main body of records released in the latest October 2018 batch – nearly 20,000 documents, fall into the Section 5 category of national security.

And while only some 5,000 of these were released in full, President Trump deserves some credit for ordering all of them to be released in full or in part, as the agencies had requested most of them be withheld in full. Instead, Trump must have told them to release them all, just redact the sections you want to remain secret, and that’s what they did.

Instead of just getting the RIF#, agency of origin, subject matter and reason for withholding the record, we get the entire document – with redactions.

In addition, many of the names and places that are redacted in these recently released version, are known or can be easily figured out – so it is like playing a game of Wheel of Fortune where you have to count the spaces and guess as to what it says until you get it right, something that can be done.

Some of the best researchers who have studied these records for years — Peter Dale Scott, John Newman, Malcolm Blunt, Rex Bradford, Larry Hancock and others — have already figured out the codes and crypts and have already filled in the blanks of the puzzle. So, it’s a game that can be won.

I believe President Trump did the right thing by ordering all of the Section 5 national security records released, even if they are only released in part, as it gives us something to work with and can be figured out.

There are other positive attributes of the latest Presidential directive, as by withholding records and redacting them until further review in October 2021 keeps the issue alive, and by annoying the public at large for skirting around the JFK Act, and could inspire Congress to hold the necessary oversight hearings that could put on the hot seat those administrators who intentionally destroyed assassination records, and determine what became of the many missing records.

While usually such Congressional hearings are conducted as publicity stunts to improve the image of the lawmakers and those they call before the TV lights, as the Facebook hearings were, they could become serious investigative hearings like Watergate, and the truth could come out.

In the end, the truth will come out, its just a matter of whether it will happen in our lifetime.

This column, “The Truth in Our Lifetime: Some Positive Attributes of the Extension of the JFK Act,” was first published by JFKCountercoup. The author, Secretary and a founding board member of Citizens Against Political Assassinations (CAPA), is shown at right.