By William Kelly (CAPA Board member)

In his March Sunshine Week presentation at the National Press Club, Federal Judge John Tunheim called attention to the “Secret Service Threat Sheets for 1963” that the Assassinations Records Review Board (ARRB) requested but the Secret Service wanted to keep secret. The former ARRB chairman said: “Actually, the Secret Service was probably the most difficult agency. They were the only one that tried to reclassify material after we took office to keep the information away from us. And it wasn’t information that was all that important.”

Indeed, the Threat Sheets for 1963 would be important, and they most certainly are relevant to the assassination, should be in the JFK Collection at the National Archives and if still secret they should be released in October.

The Threat Sheets should give us some more information on John Martin as well as the suspects in threats made against the president in Chicago and Tampa in the weeks leading up to the assassination that Blaine was made aware of. When former Secret Service Agent Abraham Bolden, who investigated the Chicago threats, called attention to the fact that the Secret Service had intentionally destroyed the Tampa Advance Reports, Blaine noted in his book that he wrote the Tampa Advance Reports and still had copy in a box under his bed. With that the NARA contacted Blaine and obtained the reports, copies of which were intentionally destroyed by the Secret Service to keep them from the ARRB and the JFK Collection.

On my request to the National Archives as to the current status of the Secret Service “Threat Sheets” referred to by Judge Tunheim, I received the following reply from Martha Murphy (NARA’s JFK documents expert): “We were able to verify that we have summaries of USSS records, commonly referred to as “threat sheets,”, in our protected collection. These 400+ pages have been referred to USSS for review. These pages will be released no later than the October deadline unless the USSS files an appeal and the President upholds that appeal.”

Excerpted from  The Significance of the Still-Secret Secret Service ‘Threat Sheets,’ published on JFKcountercoup on April 24, 2017. 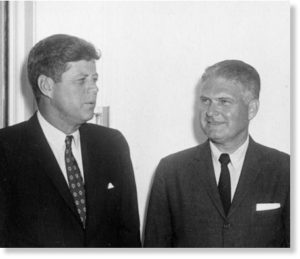