CAPA presents a “Readers Guide to the RFK Assassination” of the major books most relevant to 1968 Democratic Presidential candidate Robert F. Kennedy’s murder on June 6, 1968.

Linked for easy access also are videos, documents, websites and other archives relevant to Kennedy’s shooting death at the Ambassador Hotel in Los Angeles.

The materials focus heavily on remaining questions about responsibility and motive for Kennedy’s shooting at the Ambassador Hotel in Los Angeles shortly after his victory in the California Democratic primary appeared to pave the way for his presidential nomination. Shown below is his victory speech shortly before he was gunned down while leaving via a kitchen pantry to avoid crowds.

Included also in this guide is research that explores the assassination’s current implications for the U.S. justice system and other governance.

The materials contain varied perspectives in a style common to other topics in our series, which includes guides to the assassinations of President Kennedy in 1963 and the Rev. Martin Luther King, Jr. on April 4, 1968.

Readers of each can find abundant evidence of covert official involvement, including in the crimes and cover-up. But we provide also books and other evidence supporting 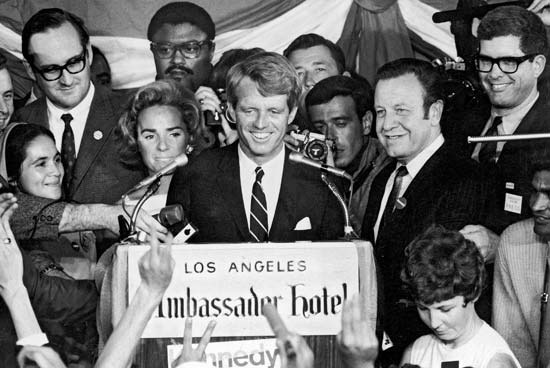 the official verdicts. In the case of RFK’s murder, a jury found in 1969 that Sirhan Sirhan acted alone to kill Kennedy and wound five others with shots fired in the hotel’s pantry.

Thus, our operative principle in this project is to raise informed questions aggressively but also to provide sufficient evidence for readers to reach your own conclusions.

The continued public suspicions about the deaths of JFK, MLK and RFK (as the victims were known) have been fostered by the highly irregular legal procedures involving each death, including suppression of relevant documents and fear among witnesses and investigators.

free Sirhan on the grounds of innocence in killing Kennedy.

Schrade, now 91, said he was undoubtedly shot by Sirhan in the forehead at the hotel. But, Shrade maintained, Sirhan could not possibly have shot Kennedy because the New York senator was killed from a point-blank shot from behind, according to medical evidence, whereas Sirhan was always several feet in the front of the senator. Sirhan’s defenders say he was a patsy and victim of mind-control being unjustly held to enable the real killer to escape. Sirhan is shown in a mug shot soon after his arrest. He says he cannot remember relevant details. 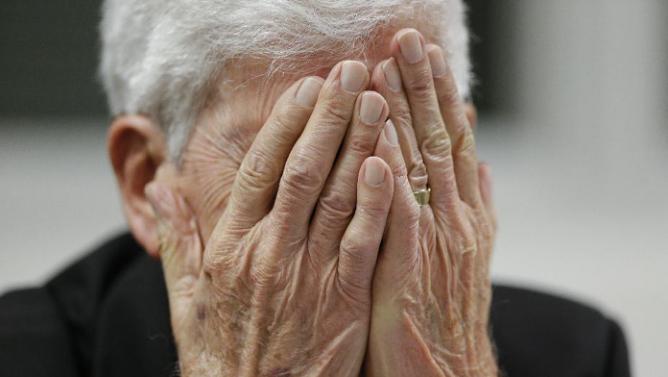 Schrade’s reaction is shown during the February parole hearing, as illustrated by an Associated Press pool photograph of the proceedings, which have been marked for decades by unusual secrecy and arbitrary decision-making.

For such reasons, the new Citizens Against Political Assassinations (CAPA) has been created as a non-partisan citizen group advocating release of sealed records pertaining to major suspected political assassinations.

This editor is one of CAPA’s founding directors. Information from these Readers Guides is expected to be summarized on CAPA’s site, subject to CAPA’s review procedures from its board of scientific, historical, and legal experts and reader feedback.

Another development the continued publication of new revelations, reflections and scholarship. Los Angeles reporter Fernando Faura will publish on June 6 The Polka Dot File regarding his investigation immediately after the shooting of the mysterious woman in the polka dot dress who supposedly yelled “We shot him” and then disappeared.

Faura said murder investigations completely disregarded his evidence when he presented it after the shooting, which he and others claim exemplified a pattern of stifling other leads to RFK’s murder.

Among other recent and planned books (described below) are those of a more historical nature that illustrate the continuing importance of the RFK death, particularly after the JFK and MLK murders had wiped out the other two major progressive leaders of their era.

The goal here is to create a continually updated Readers Guide that provides perspective both on the 2016 elections and on other civic issues as the 50th anniversary of the RFK and MLK killings approaches in 2018.

Especially disturbing for this 2016 election season is the widespread notion promoted by the mass media that all three of the 1960s murders are long-settled issues that concern only wacko “conspiracy theorists” or history “buffs.” Even minimal research would illustrate many major security, legal, and propaganda issues that are highly relevant to current affairs and decision-making by the next group of elected and appointed officials taking charge on the world stage.

This guide is a work in progress. Therefore, new materials and suggestions (including clarifications and corrections) are welcome regarding the entries below.

Realistically, the guide cannot include every book, video, official proceeding or archive about such major figures. An electronic format can make a long catalog especially difficult to read on computers and mobile devices. So, the guide seeks to focus on major works and research centers and that sample a full range of perspective. The guide begins with assassination research and  then moves to more general commentary on Robert Kennedy’s life and legacy, and their current implications.

__________ Hit List: An In-Depth Investigation Into the Mysterious Deaths of Witnesses to the JFK Assassination. Skyhorse, 2013.

Douglass, James, W. JFK and the Unspeakable: Why He Died and Why It Matters. Touchstone, 2008.

Joling, Robert J. (past president of the American Academy of Forensic Sciences,), and Philip Van Praag. An Open and Shut Case. 2008. 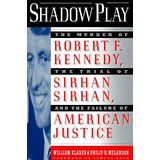 Nelson, Phillip F. LBJ: From Mastermind to the “Colossus.” Skyhorse, 2014.

Newman, John M. Oswald and the CIA: The Documented Truth About the Unknown Relationship Between the U.S. Government and the Alleged Killer of JFK. Skyhorse, 2008 (1995).

Nolan, Patrick. CIA Rogues and the Killing of the Kennedys. Skyhorse, 2013.

Russo, Gus (shown below), and Stephen Molton. Brothers In Arms: The Kennedys, the Castros, and the Politics of Murder. Bloomsbury, 2008. *

Scott, Peter Dale (shown at right in file photo). Deep Politics and the Death of JFK. University of California, 1993.

Smith, Matthew. Conspiracy: The Plot To Stop the Kennedys. Kensington, 2005.

Turner, William V. Rearview Mirror: Looking Back at the FBI, CIA and Other Tails. Penmarin, 2001.

Ventura, Jesse. Lies, Lies and More Lies That the Government Tells Us. Skyhorse, 2010.

Waldon, Lamar (shown at left) and Thomas Hartmann. Legacy of Secrecy. The Long Shadow of the JFK Assassination. Counterpoint, 2008. 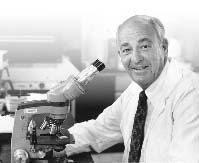 Waldon, Lamar and Thomas Hartmann. Ultimate Sacrifice: John and Robert Kennedy, the Plan for a Coup in Cuba, and the Murder of JFK. Carroll & Graf, 2005.

Robert Kennedy’s death seemed an open and shut case, yet in spite of the testimonies of seventy-seven witnesses, it remains shrouded in mystery. Many witnesses at the time complained of pressure by the Los Angeles Police Department (LAPD) to change their testimony. For the first time, Plumley exposes how evidence was changed: how an FBI officer saw bullets being removed from the scene of the assassination and how LAPD officers who didn’t toe the line found themselves suspended on ridiculous charges or taken off the case.

This hard-hitting documentary is produced in the gripping style of The Day The Dream Died, the documentary which catapulted Chris Plumley to international prominence and formed the backbone of Oliver Stone’s acclaimed film JFK.

RFK. RFK is an American TV film directed by Robert Dornhelm released in 2002. It takes place through the eyes of Robert F. Kennedy after his brother John F. Kennedy’s assassination in 1963. As he lives through the loss, he starts to identify himself as a political figure, not just the former President’s brother. He makes it official with a Presidential bid in 1968 to what he says was to “save the Democratic Party.” During his campaign, in which the American people showed great support for him, RFK was shot and killed by Sirhan Sirhan.

Bobby. Bobby is a 2006 American drama film written and directed by Emilio Estevez, and starring an ensemble cast. The screenplay is a fictionalized account of the hours leading up to the June 5, 1968 shooting of U.S. Senator Robert F. Kennedy in the kitchen of the Ambassador Hotel in Los Angeles following his win of the 1968 Democratic Party presidential primary in California.

MSNBC, RFK Conspiracy? New Audio Tape of RFK murder was discovered in archives, Contessa Brewer, June 6, 2007. MSNBC interviews Rob Beemer and Paul Schrade about shocking new evidence in Robert F. Kennedy assassination. A sound recording of the shooting is uncovered in 2004 and is found to contain evidence of a second gunman involved in the June 1968 RFK assassination. MSNBC’s Contessa Brewer interviews TV documentary producer Rob Beemer and RFK shooting victim Paul Schrade about this astonishing audio tape known as the Pruszynski recording. Beemer’s documentary program on the Pruszynski recording is entitled “Conspiracy Test: The RFK Assassination” and it premieres on the Discovery Times Channel (which today is known as the Investigation Discovery Channel).

In Beemer’s program, “Conspiracy Test,” the Pruszynski recording reveals there were more gunshots fired during Senator Kennedy’s assassination than the number of bullets that convicted assassin Sirhan Sirhan had in his gun. Since Sirhan was armed with only one gun and had no opportunity to reload his weapon, the extra bullets must have been fired by a second gunman. The Pruszynski recording also reveals that some of the gunshots were fired too close together to have come from the same weapon, once again demonstrating that there must have been a second gunman involved in the RFK shooting.

Post Script: In the year following the 2007 television premiere of “Conspiracy Test: The RFK Assassination,” the Pruszynski recording’s key audio analyst, Philip Van Praag, teamed with fellow forensic expert Robert J. Joling, past president of the American Academy of Forensic Sciences, to co-author a book about the Pruszynski recording and about other Bobby Kennedy assassination evidence. Like Van Praag, Joling also had appeared in Beemer’s documentary, “Conspiracy Test.”

Van Praag’s and Joling’s book, “An Open And Shut Case,” details their evidence proving that a second gun was fired in the Ambassador Hotel kitchen pantry at 12:16 am PDT on June 5, 1968.

RFK Must Die. Director: Shane O’Sullivan. RFK Must Die is the product of writer and film maker Dr. Shane O’Sullivan, who lives in London. He later presented his findings in book form in Who Killed Bobby? The Unsolved Murder of Robert F. Kennedy (2008).

O’Sullivan presents audio expert Phil Van Praag, who explains in a seven-minute video segment why he determined that 13 shots had been fired, indicating a second gunman.

2008
CNN, RFK Assassination: Two experts: Sirhan Sirhan was not a lone gunman, Adrian Finighan, April 16, 2008 (6:50 min.). A previously unknown audio tape, recently uncovered, reveals that Sirhan Sirhan did not act alone in the June 1968 assassination of Senator Robert F. Kennedy. In this video, you will hear the sounds of the actual RFK assassination during a two-minute excerpt from the Pruszynski recording, the only known tape of the Bobby Kennedy shooting. The audio recording was made by freelance newspaper reporter Stanislaw Pruszynski, a Polish journalist covering the RFK presidential campaign for Canadian newspapers. 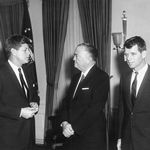 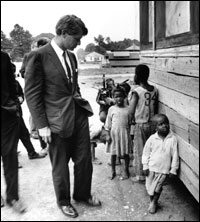 For additional information, including videos, books, and archives on topics related to Kennedy’s life, death, and legacy, visited the Justice Integrity Project RFK archive from which this Readers Guide is excerpted. The guide is continuously updated and reader inputs are welcome.